MEDIATING  – WILL AND ESTATE DISPUTES

Although mediation will not be appropriate for all probate disputes, in many cases mediation may allow parties to reach agreements preferable to the decision a court would reach and may promote healing of strained family relationships. 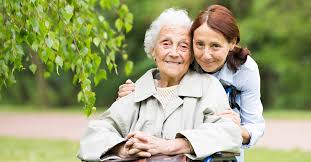 Disputes arise in probate for a variety of reasons. Conflict may occur between siblings over the disposition of a parent’s property because relatives are dissatisfied with how the parent chose to distribute his/her property. Or conflict may result when adult children feel the need to care for an elderly parent if family members disagree among themselves over the appropriate approach for that care.  Those disputes may develop into a conflict between a care facility and family members. All these disputes involve complicated interpersonal emotional issues.  The grief associated with the death of a loved one creates tension in and of itself.  Lawsuits may follow from misdirected anger over the death as the death may cause long-dormant family disputes to resurface.  A dispute that now centers over property may have arisen because of a long-standing family disagreement.

Finally, disputes may arise between beneficiaries of a trust or estate and a fiduciary. The family may disagree over who should act as a trustee or personal representative, or the beneficiaries may be concerned about investment decisions or property management issues under the fiduciary’s control. If the trustee is also a beneficiary of the estate as is often the case, the other beneficiaries may perceive inequities or conflicts of interest, whether real or imagined.

A probate court (litigated solutions) to these problems ignore the complex emotional issues that may actually underlie the dispute. 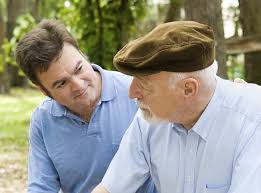 Family members involved in a dispute often resolve their differences without seeking assistance outside the family. Even after one party contacts a lawyer, a negotiated settlement may be possible. For some families, however, a more formal dispute resolution process becomes necessary. Some benefits of using mediation instead of litigation to resolve disputes in the probate context include:

Confidentiality. Mediation allows parties to a dispute to air their grievances in a private setting. Although the level of confidentiality depends on the agreement between the parties and varies depending on state law, the parties may keep much of what they discuss out of the public record. The mediator usually asks the parties to sign an agreement not to disclose information conveyed during the mediation. Also, Oregon law generally limits the disclosure of information obtained in settlement discussions and extends that protection to mediation.

If a family involved in a will contest is airing “dirty laundry” or if information about an older person’s eccentric behavior is relevant to a guardianship proceeding, the family will benefit from privacy if they mediate the dispute. If the parties agree not to disclose information revealed during the mediation, they might speak more freely and address messy relationship issues in crafting solutions to their dispute.  Confidentially often leads to both sides communicating more openly, and that willingness to discuss difficult issues may lead to a better understanding between the parties.

Improved ongoing relationships. Mediation can repair, maintain or improve ongoing relationships. In most cases, continuing the relationships among the various family members will benefit the family as a whole. Because the parties work together during the mediation to develop a solution to their conflict, they may acquire communication and problem-solving skills that will aid them in the future. Mediation is much less likely than litigation to drive family members further apart.

Emotional benefits. The emotional benefits of mediation can be significant. Mediation gives parties a chance to be heard. For some family members, being able to air grievances and receiving an apology or explanation for troubling behavior may be more important than receiving a property.  Mediation may be less stressful and traumatic than litigation because litigation in court pits parties against each other and often escalates the conflict.

Also, Mediation gives parties more control over the process and outcome often increasing the participating parties satisfaction with the dispute resolution. With litigation, often even after a probate judge rules in a court case, the conflict within the family persists. That anger and estrangement between family members may continue for years.

In contested guardianship proceedings, mediation involves the older adult in the process giving that person a voice and helping him or her to listen to the concerns of family members. Mediation may leave the older person feeling less angry and confused and more cared for by family members than they will in a formal court case.

Tailored solutions. Mediation allows the parties to create their own solution to their problem. There are limited remedies available to a judge to resolve a dispute in probate court.  Mediation allows the parties to take nonlegal as well as legal interests into consideration. Parties may better handle the division of property that holds sentimental value in this way. For example, if two siblings who are to receive the decedent’s tangible personal property work together to divide the property, they will likely achieve a better result for both of them than they would if a court divided the property to reach a financially equal result.

In guardianship proceedings, the court faces an all or nothing choice–the court can either appoint a guardian and deprive the protected person of all rights or decide not to appoint a guardian and leave the person on his or her own. Through mediation, the older person, family members, and others can develop less intrusive solutions that will protect the older person while minimizing the intrusion into the protected person’s life.

Cost-effectiveness. Mediation may also be more cost-effective than litigation. Do the math…you can pay one estate mediator to work “with” everyone, or the family can each pay their own attorney an hourly rate to talk “at” each other.  Those attorney fees add up fast!

An Experienced Estate Mediator can make a real difference in the emotional and financial tole Will and Estate disputes take on your entire family.

Take this situation for example:  After father died, mother moved in with her daughter Amy and lived with her for eight years until the mother died. In the last two years before her death,  mother was bedridden, and Amy cared for her at home. Julie lived in another state.  She called her mother frequently, but was unable to visit much or to help with the day-to-day care of her mother. On the mother’s death, the mother’s will left her entire estate to Amy.  A prior will that the mother executed before father’s death gave the estate to both girls equally.

Julie talks to a lawyer about what she can do. The lawyer first considers the legal issues around whether the will disinheriting Julie is valid.  The lawyer looks for evidence of undue influence and lack of mental capacity. Several facts raise suspicions about the will and about whether Amy unduly influenced her mother to execute the new will. At the time of the new will, mother was in declining health, she lived with Amy, and Amy had both the motive and opportunity to influence her mother. Other factors, such as when mother executed the will, whether mother was medicated and whether witnesses can speak about the mother’s mental capacity, could be important. After gathering this information, the lawyer might be able to put together a case of undue influence against Amy. The facts, however, may be difficult to prove. Amy may have neighbors who can testify that mother told them repeatedly that she was thankful for Amy’s care and that she would make sure Amy was rewarded under her will. The evidence will likely go both ways, and it will be difficult to predict the outcome in court.

If Amy and Julie litigate the case, one of them will win and the other will lose. In addition, they will most likely lose their relationship with each other, at a time when they have already lost their parents. They will also face large legal bills and the emotional strains brought about by litigation.

After reviewing the facts, weighing the legal arguments and considering the potential benefits of mediation for these particular parties–repairing the sibling relationship and addressing the emotional issues involved in this dispute–Julie’s lawyer suggested the sisters hire Leibenguth Law to mediate their dispute. 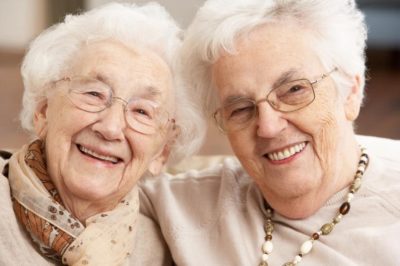 The sisters  Julie and Amy met with our mediator with their lawyers present.  During the mediation each sister had the chance to tell her story and listened to the other’s story.  Julie was able to understand the sacrifices that Amy made and Amy was able to understand Julie’s hurt feelings and her distress over feeling that their mother did not love her. Amy was able to soothe Julie’s hurt feelings by telling her that their mother did love both daughters very much and changed her will only to show gratitude for the care Amy provided;  not to send a message to Julie. Amy and Julie were able to reach an agreement on dividing the sentimental property and a small share of their mother’s estate after the house sells. In addition, the girls confirmed how much they missed one another and confirmed plans to reopen channels of communication. The result may well be a “win” for both of them.

At Leibenguth Law, we can help!